Skip to Content
Home Blog Spiritual Growth What Am I Missing?
by 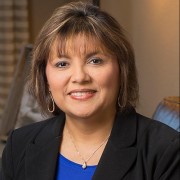 Most of us have, at some point, wondered if there’s more to the Christian life.

Is the routine of attending church every weekend all there is?

Is there a richer life and greater revelation I could be enjoying right now?

Is there a benefit to gaining a deeper understanding of Scripture in its original Middle Eastern background?

As newlyweds, my husband and I attended a Hispanic congregation. The church I grew up in was all I knew. Working in corporate, English-speaking America during the week and attending Spanish-speaking services on the weekend was my normal routine.

I recall feeling frustrated many times. My life felt divided living two separate worlds I couldn’t connect. In my confusion, I even had suicide attacks. Frustration led to seasons of deep depression. Looking back, I don’t recall being genuinely happy about life.

I always felt there was something missing—a deeper knowledge, true contentment, real closeness to God, and peaceful satisfaction that I could not fill with success and achievement. Though I knew God was with me, I felt there was a glass ceiling I could not break through. I was not happy.

How could that be?

I grew up in church. Loved the Lord. Have always served in any way I could. I learned from my parents to be a generous giver of my time, talents, and tithes to the Kingdom of God. I am the daughter of a pastor who gave his life for the work of the Kingdom, and the daughter of a faithful woman who is a tremendous prayer warrior. I am the wife of a preacher who loves God wholeheartedly.

And yet I went many, many years without feeling truly happy or fulfilled.

Now that my daughters are older and can articulate their thoughts as adults, they don’t recall seeing me very happy when they were growing up.

The good thing is that today I am happy! VERY happy!

2013 was the year that began a transformation in our home.

When I started learning about a Messianic perspective, I was very skeptical. It felt like a new religion and I was fearful of losing my faith in Jesus. My daughters embraced the newfound knowledge my husband shared. They were ages 10 and 12 at the time. Nestor’s mission trip to Argentina in August of 2013 with Gateway Church Global Ministry marked a turning point in our family. It was the first time my husband ministered in a Messianic Jewish congregation. He was deeply impacted.

We began attending the monthly Shabbat Service at our church that fall. Faithfully, we went month after month. We scheduled our lives around the Shabbat Service so as not to miss it. It became the place where we’ve built many good friendships that have become family.

I was attentive to all the sermons. I began to notice a greater depth of the Bible passages through the various speakers and teachers. The teachings were different. Richer. Deeper. More colorful. This also began to give our older daughter, Gianna, a taste of the Messianic world that eventually led her to select Messianic Jewish Studies as her major at The King’s University. My husband completed the three levels of studies with the Messianic Jewish Bible Institute (MJBI).

Havdalah classes were launched and I continued learning. My husband and I began leading a Shabbat group in our home. Later, we were asked to lead the Jewish Ministry at one of our church campuses (Gateway Church NRH).

I also started reading books that shed light on the lost Jewish roots of our faith. My family was way ahead of me in understanding. Eventually, I began to take my own shovel and do my own digging to understand this new thing. My rabbi girl, Lois Tverberg, and her books really helped me to understand the Jewishness of Jesus, the Gospel, and the Bible. With the little I knew, I even led a book study on Reclaiming Our Forgotten Heritage by Curt Landry.

In January of 2020, I began to sense a deeper calling in my personal walk with God. Our church launched a church-wide campaign for everyone to read through the Bible in a year. Though I started 35 days late, I felt the urgency to jump in and catch up.

Thankfully, I caught up by listening to the Bible app on my phone. I listened to it diligently while going to client appointments, grocery shopping, cooking, etc. I’d pause it many times to highlight passages, take notes, and bookmark verses.

The Bible took on full color. I was hooked! I fell in love with the Tanakh (Old Testament). And Oh my goodness! The transformation began.

I started to see things I never saw before. I had previously started Bible reading plans but was unsuccessful. The Old Testament was always black and white, a little boring, and irrelevant to me as a New Testament believer. I did not understand the Bible more than the surface level. Growing up in church, I’d heard the popular Bible stories hundreds of times—David and Goliath, Samson, Joseph, Daniel and the lions, Mary and Joseph, baby Jesus, etc.

I’d heard thousands of sermons since I was little. Some of them historical, others too elementary lacking depth. Prior to my awakening, the Old Testament was dull, colorless, soundless, and too bloody. The New Testament was too theological.

It wasn’t until I began listening to sermons and teachings with a Messianic perspective, and considered the cultural background of the Bible, that I began to understand the greater depth of Scripture.

Truly, when you start reading the Bible in it’s original, cultural context, it takes on full color. I love how Lois Tverberg puts it:

Have you ever tasted fresh pita bread made by the Bedouins? It’s out of this world—chewy and hot, crispy in spots, and a little smoky from the open fire… Sure, you can buy bagged pita bread in your local grocery store, and its nutritional value will be exactly the same. But the mouthwatering aroma of the original simply can’t be captured and transported to you. Similarly, the Bible’s ideas are often best appreciated “freshly served” in their original Middle Eastern setting.

Or put another way in the words of Ken Bailey, a prominent biblical scholar in Middle Eastern culture and languages:

Suppose I’ve spent my life going to a beach. I’ve seen waves splashing against rocks, ships on the water, fishermen casting lines. One day at this beach someone says, “Ken, I have two snorkels. Let’s go.” Suddenly I see coral, seaweed, and fish. These undersea views in no way invalidate the beauty of what’s above. In my work, I’m looking for the coral and the fish.

(Sitting at the Feet of Rabbi Jesus by Ann Spangler and Lois Tverberg, Zondervan, 2018, page 23.)

Similarly, instead of undermining our faith, looking at the Jewish background of the Bible deepens our understanding of Jesus and his times, increasing our awe as we look more closely at this extraordinary rabbi and his astonishing claims.

As I continued my daily reading looking at the Bible for what it is in its cultural Jewish context, God’s Word took on a new life! I began to see the “coral and the fish” and more!

Now I could hear the ocean roar; I could see Moses raising his staff toward the Red Sea and watch as the waters parted, and visualize so many other scenes. I could also see how verses I’d heard before were taken out of context.

Reading biblical passages in context brings the original intended meaning to life. The Bible changes our perspective about God, ourselves, and others. To me, it added colors and sounds I was missing while giving me greater confidence to approach life with gusto.

Today, I enjoy reading the Bible. Now I understand why Jesus said that his word is Spirit and life. God’s Word shows me His heart. God reveals himself. His Word dissolves my ignorance and boosts my confidence.

I feel happier than ever! Even though fear, confusion, and stress envelops the world around me, I’ve found my happy place. I’ve found the well, the fountain of youth that’s available to everyone.

My problem with going through seasons of depression, confusion, and unhappiness was that I was not drinking from the deep well of life with the right perspective or mindset.

I was swimming in a secular humanistic culture that taught me to pursue success and happiness in worldly things. Inevitably, I was approaching the Bible to see what I could get from it, rather than reading it for what it is. Being so wrapped in western thinking did not allow me to see “the coral and the fish.”

The wonders of the Bible beneath the surface do not come alive without putting on the “snorkels” to see through its original Middle Eastern context. Understanding the Bible for what it is and what it means to say truly takes on full color.

From Genesis to Revelation, the Bible is a Jewish story, about a Jewish people, in a Jewish culture, with a Jewish mindset, revealing a Jewish Savior to the world who was, lived, and will return as a Jew—Yeshua was bar mitzvah’d, taught in synagogues, people called him “rabbi”, and had 12 disciples who were all Jewish!

God revealed Himself to the nation of Israel first so that they would be a light to all the nations.

Reading the Bible daily has transformed me, and understanding its cultural context has made it come alive.